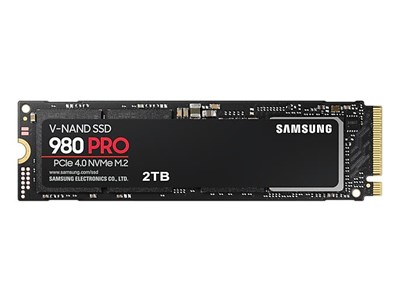 Back to the image 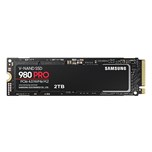 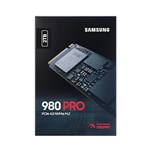 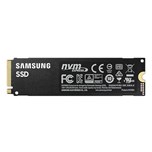 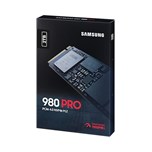 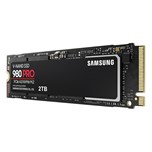 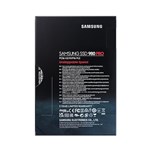 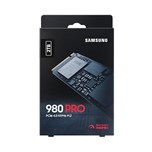 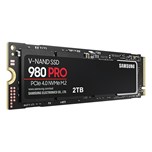 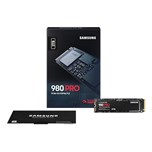 Next-level SSD performance
Unleash the power of the Samsung PCIe 4.0 NVMe SSD 980 PRO for your next-level computing. Leveraging the PCIe 4.0 interface, the 980 PRO delivers double the data transfer rate of PCIe 3.0 while being backward compatible for PCIe 3.0 for added versatility.

Maximum speed
Powered by Samsung custom Elpis Controller for PCIe 4.0 SSD, the 980 PRO is optimized for speed. It delivers read speeds up to 7,000 MB/s, making it 2 times faster than PCIe 3.0 SSDs and 12.7 times faster than SATA SSDs. The 980 PRO achieves max speeds on PCIe 4.0 and may vary in other environments.

A winning combination
Designed with hardcore gamers and tech-savvy users in mind, the 980 PRO offers high-performance bandwidth and throughput for heavy-duty applications in gaming, graphics, data analytics, and more. It's fast at loading games so you can play more and wait less.

Efficient M.2 SSD
The 980 PRO comes in a compact M.2 2280 form factor, which can be easily plugged into desktops and laptops for maximum board design flexibility. The drive is suitable for building high-performance computing systems due to its optimized power efficiency.

Samsung Magician software
Unlock the full power of the 980 PRO with Samsung Magician's intuitive yet advanced optimization tools. Monitor drive health, optimize performance, protect valuable data, and receive important updates with Magician to ensure you're always getting the best performance out of your SSD.

World's No. 1 Flash Memory
Experience superior performance and reliability that you can only get from the world's number one brand for flash memory since 2003. All firmware and components, including Samsung's world-renowned DRAM and NAND, are produced in-house, allowing end-to-end integration for quality you can trust.

Read or watch online reviews/benchmarks and make your mind. For me it's a good performance with plenty of storage. Often it's compared to Sabrent Rocket 4 and the Rocket 4 is stated as the winner on paper and Samsung criticized as being mediocre. However for the past 5+ years, I bought 5 Samsung SSDs and I'm consistently extremely happy with them, considering myself as a power user and was using them pretty heavily, sometimes my workstations under loads close to a server environment. And Samsung earned my trust with my data. I benchmarked lower performance than the theoretical maximum, yet the numbers are still ridiculous fast.

Was this review helpful?   yes   no